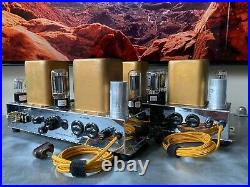 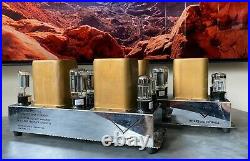 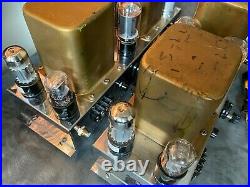 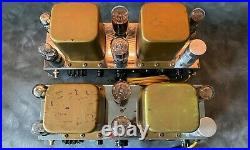 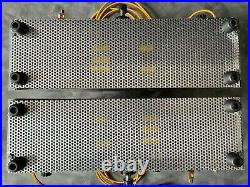 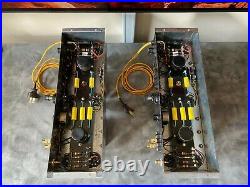 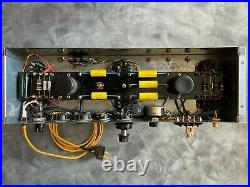 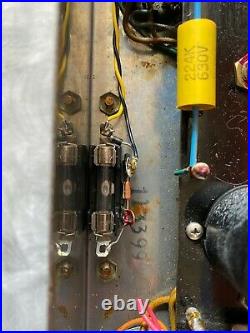 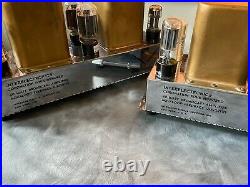 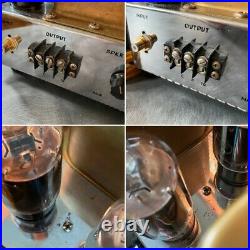 Here for sale a very rare pair of Interelectronics Coronation Four Hundred 40W Broadcast Amplifiers. These pieces are extremely rare as they were only produced for a short period of time. Interelectronics was an NYC based McIntosh competitor that produced a variety of HiFi components in the 1950s. Before the company really had a chance to take off on the HiFi side of things, however, they shifted into military and aerospace contracting and stopped producing audio amplifiers.

These amps were designed and produced in the monophonic era, making it even more difficult to locate stereo pairs. Please see the video below, featuring this exact set for more historical context and restoration info. Cosmetic Notes: These amplifiers are really quite impressive to look at but do have some cosmetic blemishes due to age. The chrome does show some rust and pitting in spots, the silk screen lettering is compromised in certain areas, terminal blocks have some damage, and there are some markings and discolorations on the transformers.

Please review the images and video carefully for full detail. Note: The spade to banana adapters that are shown in some photos are not included.

Operational Notes: These amplifiers sound fantastic. They also feature a variable damping control which can be used improve amp/speaker synergy. Please recognize that these amplifiers were designed in a time when 117VAC mains were common. I recommend running these amplifiers on a variac or autoformer to reduce stress on the power transformers.

Retubed with current production Tung Sol 6L6GC, Electro Harmonix & Sovtek Rectifiers and Drivers. No return offered for this listing. The item "Interelectronics Coronation 400 6L6 Tube Monoblock Pair Restored Ultra Rare" is in sale since Sunday, August 29, 2021. This item is in the category "Consumer Electronics\Vintage Electronics\Vintage Audio & Video\Vintage Amplifiers & Tube Amps". The seller is "novalux_stereophonic" and is located in New York, New York. This item can be shipped to United States.